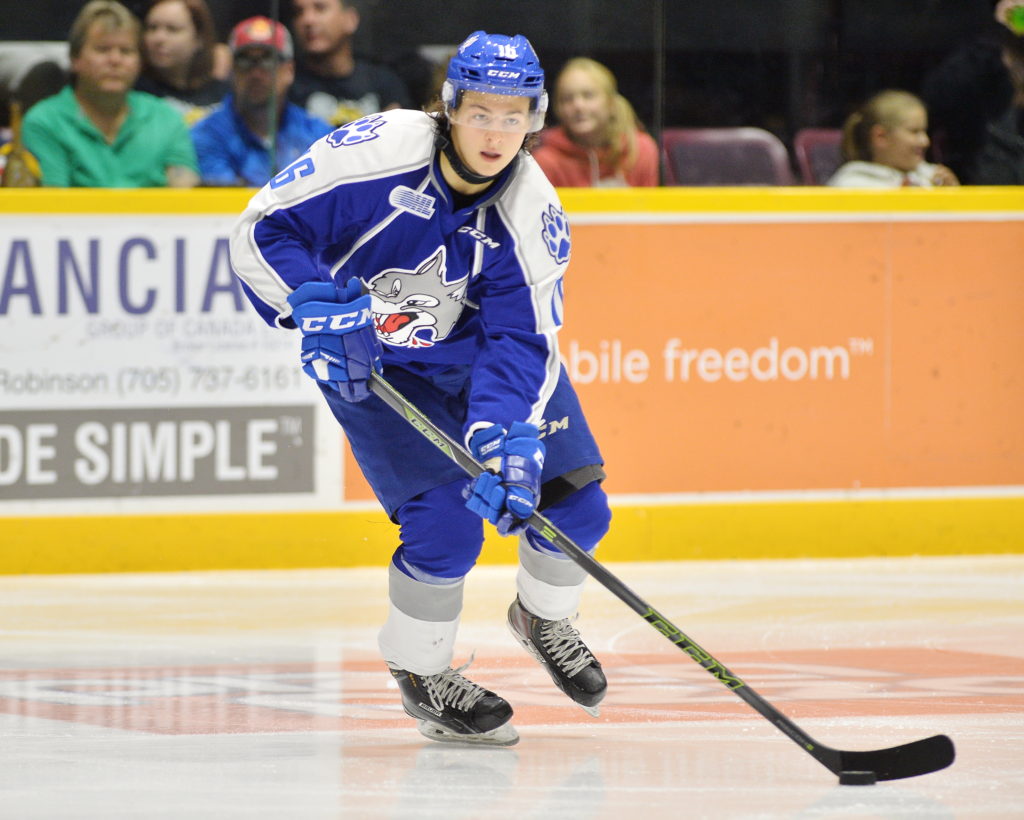 The Sudbury Wolves were in St. Catharine’s Friday night to visit the Niagara IceDogs in the first match-up of a home and home series with their divisional rivals. Ryan Valentini scored the only goal for the Wolves as they fell 3-1 to the IceDogs. Zack Bowman made 37 saves in the loss en route to being named the second star of the game.

The Wolves and IceDogs played a scoreless first period with shots on goal 17-5 in favour of the IceDogs.

The IceDogs took the lead early in the third. Both teams exchanged chances, however the IceDogs extended their lead with an empty net goal late in the final frame to take the match by a 3-1 final. Final shots on goal were 40-32 in favour of the IceDogs.

The Wolves will look to even the home and home series with the IceDogs on Sunday when they return to the Sudbury Arena at 2:00pm. Tickets are on sale at greatersudbury.ca/tickets or at the Sudbury Arena Box Office on Sunday beginning at 11am. Sunday is Family Day! Kids 12 and under accompanied by an adult will receive admission for only $10.