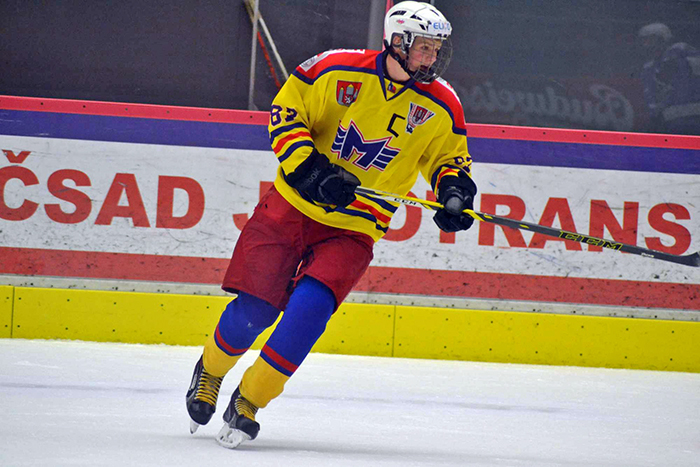 The Sudbury Wolves are pleased to select JACHYM KONDELIK of the Czech Republic 5th overall in the CHL Import Draft. Kondelik is a 6’6”, 207lbs. left winger who played last season with the HC Ceske Budejovice U18 team where he led his team in points with 69 points in 44 games including 46 assists.

“We are very excited to add Jachym to our growing group of talented young forwards. He is a gifted player who possesses a unique blend of size and skill and has unlimited potential,” said Sudbury Wolves General Manager Barclay Branch. “Also, since Kondelik has a late December birthdate, he won’t be NHL draft eligible until 2018,” he added “which adds to the intrigue of him as a prospect.”

The Wolves elected to pass on their second pick in the import draft as Russian forward Dmitry Sokolov is expected to return for his second season with the Wolves. Sokolov led the team in goals last season with 30 and was selected in the 7th round in the NHL Entry Draft last weekend by the Minnesota Wild.

Don’t miss a second of exciting OHL action! Season Tickets are now on sale for the 2016-17 season. A reminder to current season ticket holders who have not yet renewed their season tickets for the upcoming season, the renewal deadline is this Thursday June 30th. To renew your seat or purchase new season tickets, contact Miranda in the Wolves’ Summer Office at 705-524-1723 ext. 232 or email office@sudburywolves.com.