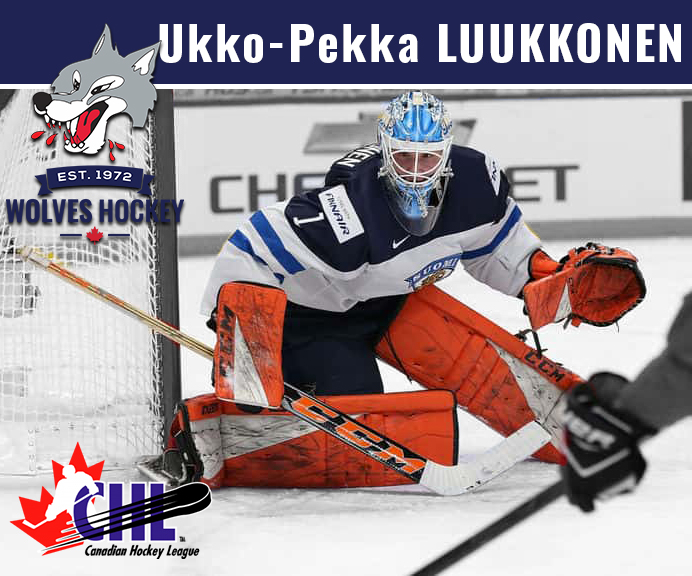 With the 3rd overall selection in the 2018 CHL Import Draft, the Sudbury Wolves are pleased to select Finnish goaltender Ukko-Pekka Luukkonen. Luukkonen was selected by the Buffalo Sabres 54th Overall in the 2017 NHL Entry Draft and recently signed an entry level contract with the club.

“Ukko-Pekka is a world class goalie who has been a world champion and was the highest drafted European goalie in the 2017 NHL Draft,” said Sudbury Wolves General Manager & VP Hockey Operations Rob Papineau. “He is a very athletic goalie who the Buffalo Sabres are very high on as a player and as a person and we felt he was easily the best goalie available in this draft.  In a year where Import goalies were eligible again, he is the best and he deserves to be the first goalie selected in the CHL Import draft.  We are very happy to select him.”

The 6’4, 196lbs goalie can be described as a big butterfly goalie who is very athletic. He possesses strong reflexes with high hockey intelligence.