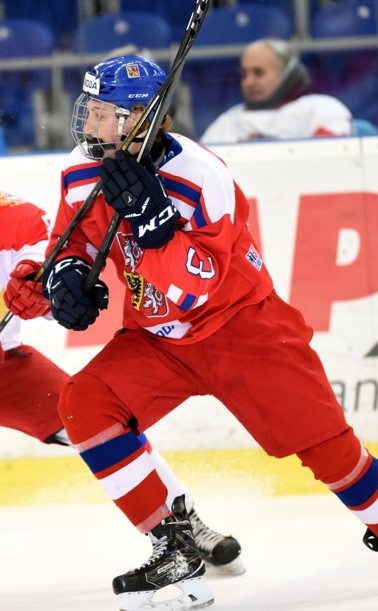 With the 16th overall selection in the 2017 CHL Import Draft, the Sudbury Wolves were pleased to select left defenceman Zack Malik from the HC Vitkovice U20 in the Czech Republic.

The 6’2, 165lb defenceman can be described as a very smart mobile defenceman who can play in all situations. He has a quick active stick and can read the play well. He also comes from a strong hockey family as his father is former NHLer Marek Malik.

In 33 games with HC Vitkovice U20, Zack scored 5 goals and added 8 assists and was a +5.  He was also a member of the Czech Republic’s U17 team last season.

“Zack is the player that we wanted since we first watched him play in the World Under 17 Tournament in Sault Ste. Marie last fall,” said Sudbury Wolves Vice President and General Manager Rob Papineau. “He is a very intelligent two-way defenceman, who makes a good first pass and comes from a great family.”

Malik will join Dmitry Sokolov as the second Import player this season and is expected to join his new teammates in Sudbury at the end of August when training camp opens on September 1st.