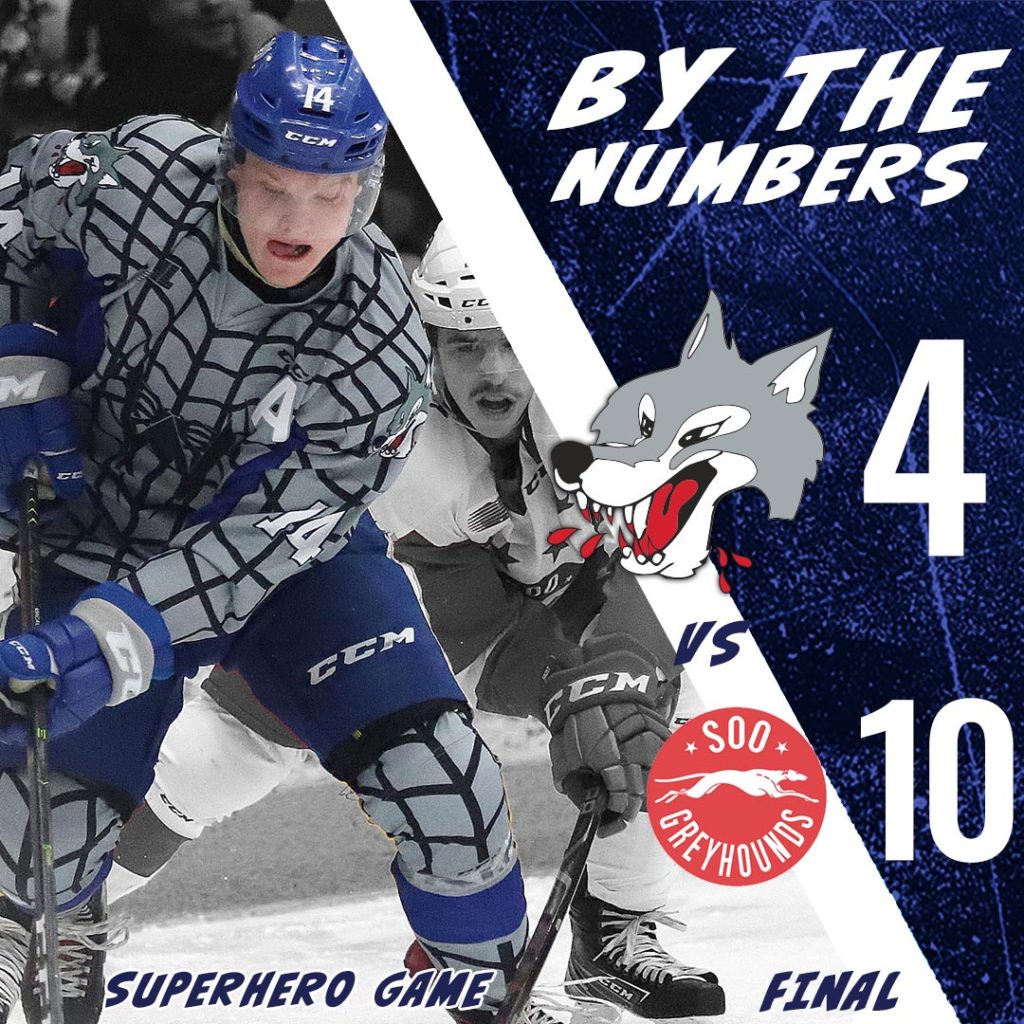 The Spiderwolves played host to the Soo Greyhounds in the Wolves 4th annual Superhero Game Friday night. After an exciting matchup and hard-fought battle between the two Northern rivals, it was the Greyhounds who took Game 5 of the Bell Challenge Cup series with a 10-4 final as the Wolves superpowers fell short. Final shots on goal were 43-38 for the Soo. Wolves Superhero goal scorers were Adam Ruzicka and Quinton Byfield who each scored two goals against the villains.

The Wolves opened the scoring in the first period with a quick goal from Adam Ruzicka who scored just over a minute in. The Hounds were able to match his goal and went one further to to add a second to take a 2-1 lead. Greyhounds goals came from Keeghan Howdeshell and Jordan Sambrook. Approaching the end of period, Quinton Byfield and Adam Ruzicka each tallied one for the home team to give the Spiderwolves a 3-2 lead going into the second frame. Quinton Byfield’s goal came off a turnover from Blake McConville while Adam Ruzicka’s goal came in from the high slot to beat Ethan Taylor.

It was a difficult second and third period for the Wolves as the Greyhounds kicked it into high gear, scoring a number of goals. Jonathan Lemaire relieved Ukko-Pekka Luukkonen from the crease to try and make the comeback, however, despite all efforts it was the Greyhounds who came out on top.

The Wolves will wrap up the family day weekend on the road. Their first stop will be in Niagara to take on the IceDogs on Sunday at 2:00pm. They will then spend family day in Oshawa to matchup against the Generals at 2:05pm. Fans can follow the action by tuning in to CKLU 96.7 or listening to mixlr.com/sudburywolves.