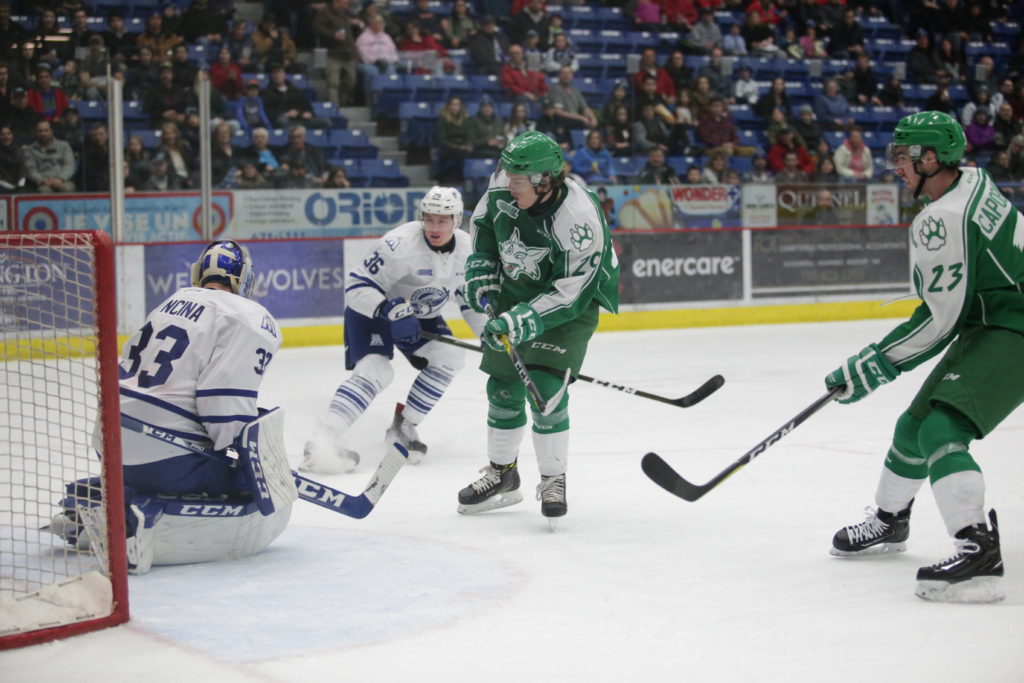 The Sudbury Wolves wrapped up a double-header weekend Saturday as they hosted the Mississauga Steelheads for the annual Vale Sudbury Saturday night. The Steelheads got out to a quick lead and never looked back as the Wolves fell by a final score of 6-2. 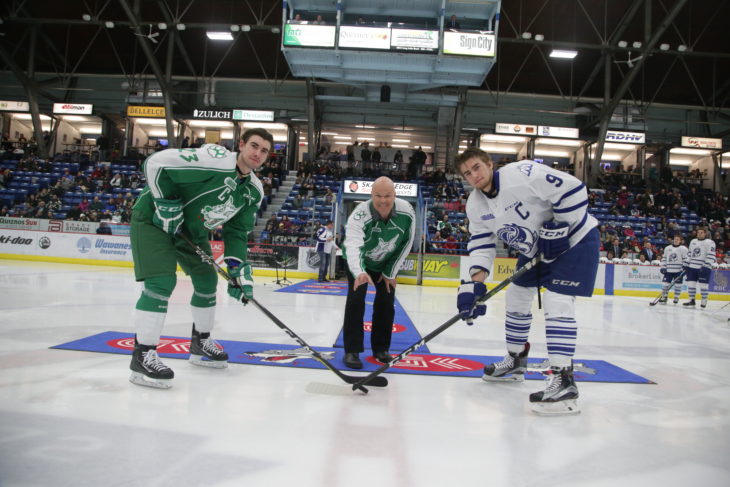 Stefan LeBlanc scored first for the Steelheads just over a minute into the game to give the visitors an early lead. Jacob Cascagnette extended the visitors lead to 2-0 just over two minutes later on the powerplay. Macauley Carson extended his scoring streak and cut the Steelheads lead in half exactly two minutes later with Liam Dunda and CJ Yakimowicz picking up the assists. Five minutes later, Darian Pilon scored a beautiful breakaway 5-hole goal to tie up the game at two. Nicolas Hague added one more for the Steelheads on the powerplay before the period came to a close to take a 3-2 lead over the Wolves heading to the dressing rooms after 20 minutes. The Wolves trailed shots on goal 19-12 after the first.

The Wolves came out slow in the second, allowing the Steelheads to dominate much of the play. The Steelheads scored three unanswered goals in the second to take a 6-2 lead after forty minutes. Michael McLeod notched two of the Steelheads goals including a shorthanded marker. Jacob Cascagnette also added his second of the game. The Wolves trailed shots on goal 32-22 aft 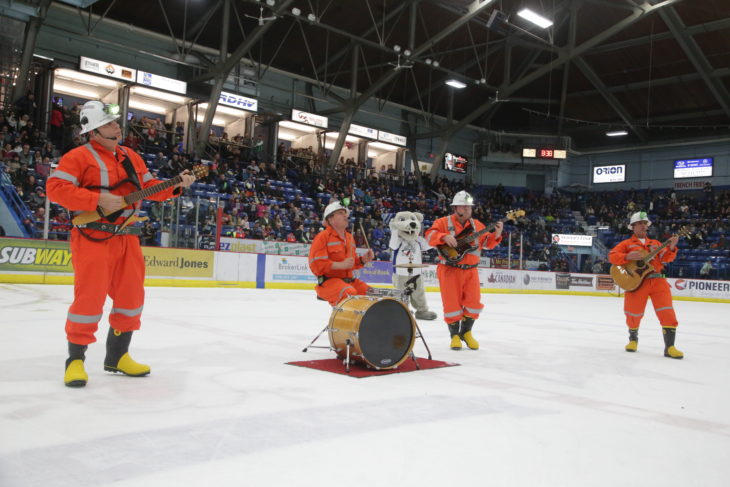 The second intermission entertainment was led by Vale’s own Shaft Bottom boys who engaged the crowd to the likes of Sudbury Saturday Night among many other great Hockey lore!

The third period saw a lot of back and forth action between the two teams. The Wolves had a number of solid chances, however they couldn’t beat Matthew Mancina as they lost 6-2 in the opener of the home and home series.

The teams will visit the pond in Mississauga for the second game of the home and home series on Sunday at 2pm. Listen to the live play-by-play with Bryan Cooper on mixlr.com/sudburywolves or on Sportsnet.