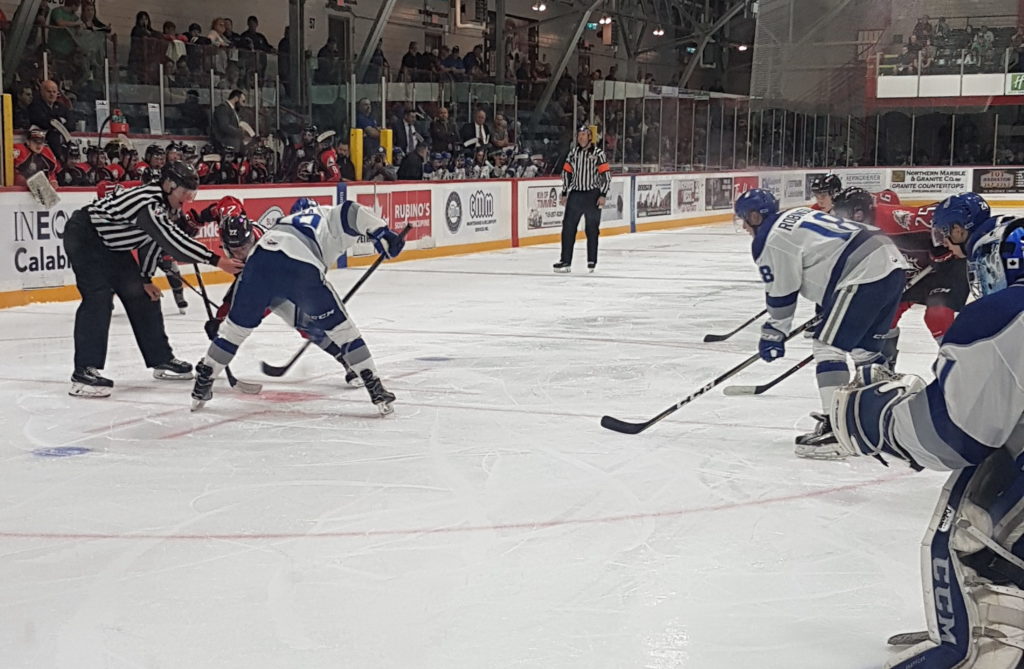 In an exciting neutral site game in Timmins, the Wolves climbed back from a 6-4 deficit to beat the Rouyn-Noranda Huskies by a 7-6 final. Rookie defenceman Drew Wawrow was the shootout hero, while Shane Bulitka, Macauley Carson, Blake Murray, David Levin and Quinton Byfield all made it on the scoreboard.

The line of Carson, Byfield, and Levin dominated the game, connecting on three of the Wolves’ goals. Levin had a three-point night, notching two goals and an assist. Carson also recorded a three-point game with one goal and two assists, while rookie Quinton Byfield lead the team with four points after a goal and three assists. Bulitka was the fourth skater with a multi-point night with a goal and an assist.

It was all Huskies in the first period as the QMJHL squad scored three unanswered goals from William Dufour, Justin Bergeron, and Tyler Hinam. With under two minutes remaining in the game, Bulitka potted his second of the off-season to put the team on the board. The Wolves outshot the Huskies 13-8 in the frame.

With the Wolves on the penalty kill, Carson and Byfield broke out short-handed with Carson finishing off the play to make it 3-2. A power play opportunity for the Wolves had Murray connecting with Wawrow to tie the game. The Huskies added a late goal from Peter Abbandonato to top the visitors to a 4-3 lead heading into the intermission.

It was a busy third period, starting with Levin beating Samuel Richard to give the Wolves their first lead. The game turned towards the Huskies as they scored two goals, with Abbandonato netting his second of the game and Vincente Marleau scoring unassisted. With under four minutes remaining in the period, the Wolves turned it up with Byfield sniping a quick shot off a tic-tac-toe play between Levin and Carson. As time wound down and an extra attacker on the ice, Levin scored his second of the game to send the game into a shootout. After four rounds without a goal, Wawrow beat Richard to solidify the Wolves win.

The Wolves will play their final exhibition game on Sunday afternoon in Sault Ste. Marie as play a rematch with the Greyhounds at 2:07pm. Fans can follow the game by listening live on mixlr.com/sudburywolves or on CKLU 96.7.