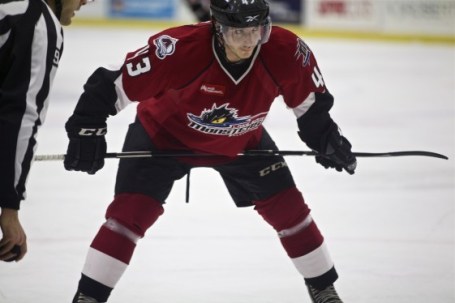 The Sudbury Wolves would like to congratulate forward MICHAEL SGARBOSSA on being named as the TEAM MVP for the Lake Erie Monsters of the American  Hockey League. Sgarbossa, 21, won the OHL scoring race last season as a member of the Sudbury Wolves. The Wolves acquired Sgarbossa from the Saginaw Spirit in 2010 and the Campbellville, Ontario native blossomed offensively as a member of the Wolves. Sgarbossa was signed to an NHL contract as a free agent and made his NHL debut earlier this season with the Colorado Avalanche. The Sudbury Wolves are very proud of Michael and congratulate him on an outstanding rookie season in the AHL.