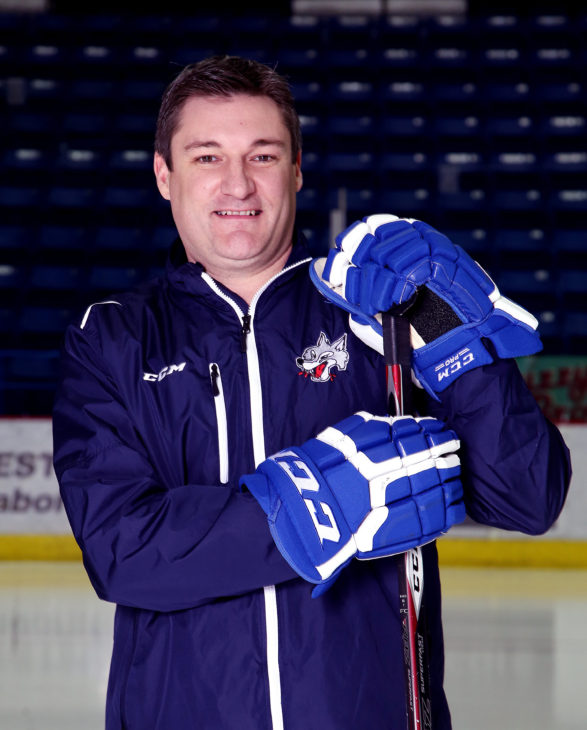 Darryl Moxam joined the Sudbury Wolves’ coaching staff for the 2016-17 season on May 27 of 2016 as an Assistant Coach. In July of 2018, Lively native and former Sudbury Wolves forward was promoted to Associate Coach and will provide support to Head Coach Cory Stillman this season.

Prior to his coaching career, Moxam played four seasons in the Ontario Hockey League with the Peterborough Petes, Oshawa Generals and Sudbury Wolves. During the 1992-93 season, Moxam was an OHL Champion and Memorial Cup Finalist with the Petes. He also was a member of the 1992 Team Ontario U-17 squad. Following his OHL career, Moxam played one season with the Rayside-Balfour Sabrecats, before playing two seasons for Acadia University in the CIS.