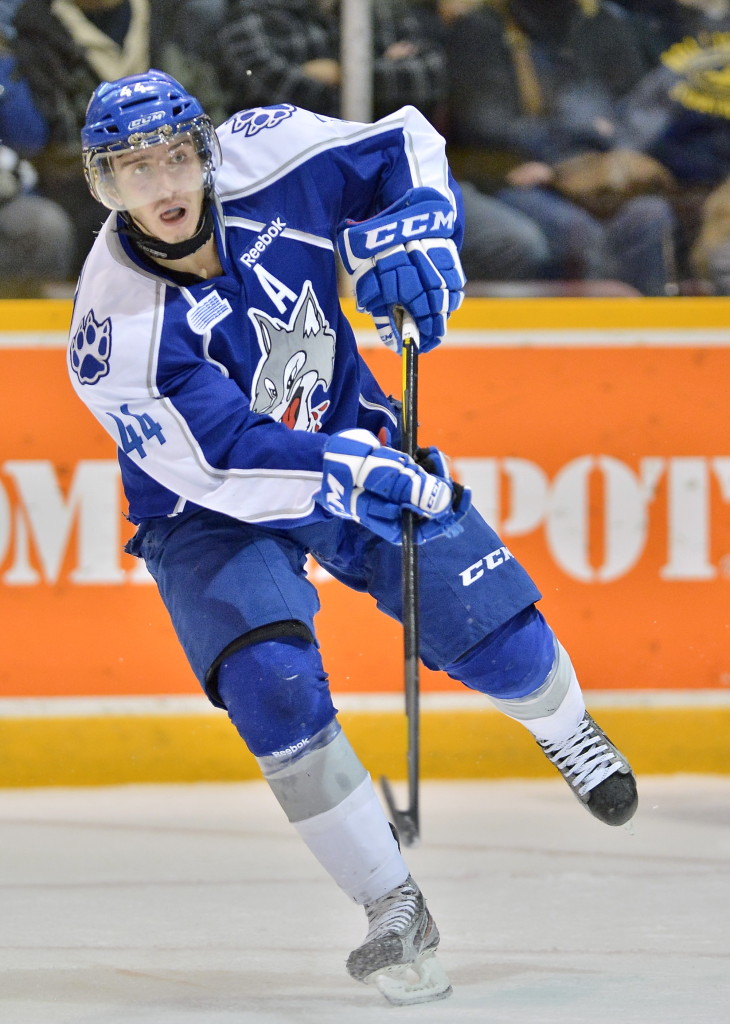 Dodero, 21, was acquired by the Wolves in a trade with the Kitchener Rangers in 2010. The free agent proceeded to work his way into a top defenceman role with the Wolves on the strength of his fluid skating, offensive skills and open-ice hits. The Chicago native was proud to be a Sudbury Wolves defenceman and made an extra effort to thank and salute Wolves’ fan at the conclusion of the Wolves’ final play-off game in April.

“The Sudbury Wolves are very proud of Charlie and the way in which he completed his OHL career here in Sudbury” notes Wolves’ GM Blaine Smith. “Charlie was always focused on working hard both on and off the ice and he led our young players by example. We are very happy for Charlie and Michael and pleased that the New York Rangers continue to show strong interest in our graduates.” Former Wolves’ defenceman MARC STAAL was also drafted by the Rangers in the first round of the 2006 NHL draft.

Dodero is the third overage player to sign a professional contract in the last two seasons. Kantor signed a pro contract in April while former Wolves’ defenceman JOSH MCFADDEN signed a NHL contract with the Florida Panthers last July.