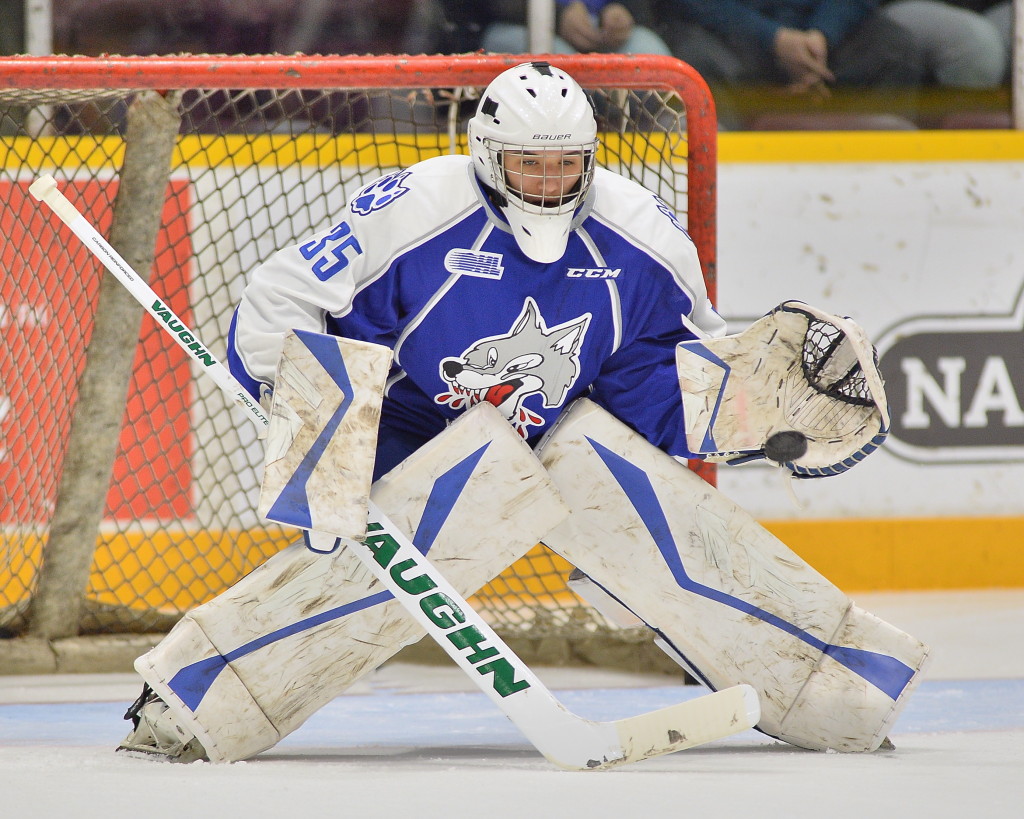 The Sudbury Wolves were at home Saturday night to complete a double-header home weekend against their Northern rivals, the Sault Ste. Marie Greyhounds. Saturday night’s game also marked the annual Vale Sudbury Saturday Night. Goaltender ZACK BOWMAN was stellar in net for the Wolves, but it was not enough as the Greyhounds snuck by the Wolves with a final score of 3-2 to take the BELL CHALLENGE CUP.

The Wolves and Greyhounds played a scoreless first period with both teams receiving a number of chances. The Wolves closest chance came near the end of the first from DMITRY SOKOLOV, but he couldn’t beat the Greyhounds goaltender. Shots on goal after the first were 14-12 in favour of the Wolves.

The Greyhounds got off to a strong start in the second when Hayden Verbeek put the visitors on the board just under three minutes into the frame. They extended their lead to 2-0 just before the midway point of the period when Gabe Guertler put the puck past Wolves’ goaltender ZACK BOWMAN. The Wolves closed the gap just before the buzzer sounded to end the period when MIKKEL AAGAARD stole the puck from the Greyhounds while shorthanded and made no mistake in putting it past the Greyhounds’ goaltender. The Greyhounds led shots on goal 29-22 after the second.

The third period saw plenty of action from both squads. The Wolves and Greyhounds exchanged goals in the third, but that was as close as the Wolves came, falling 3-2 to the Soo. RYAN VALENTINI picked up the Wolves powerplay goal, with DAVID LEVIN and ZACH WILKIE picking up the assists. Final shots on goal were 38-32 in favour of the Greyhounds. With tonight’s loss, Greyhounds win the BELL CHALLENGE CUP. Both teams had 3 wins and 3 losses in regulation, however the Greyhounds had the better goal differential though the 6 game series.

The Wolves will look to rebound and get back to their winning ways as of late as they visit the Mississauga Steelheads on Monday afternoon for a Family Day afternoon match-up at 2:00pm. Fans can follow the Wolves on the road by tuning into the live play-by-play with Stew Kernan on KFM 95.5 or watch on Eastlink TV.