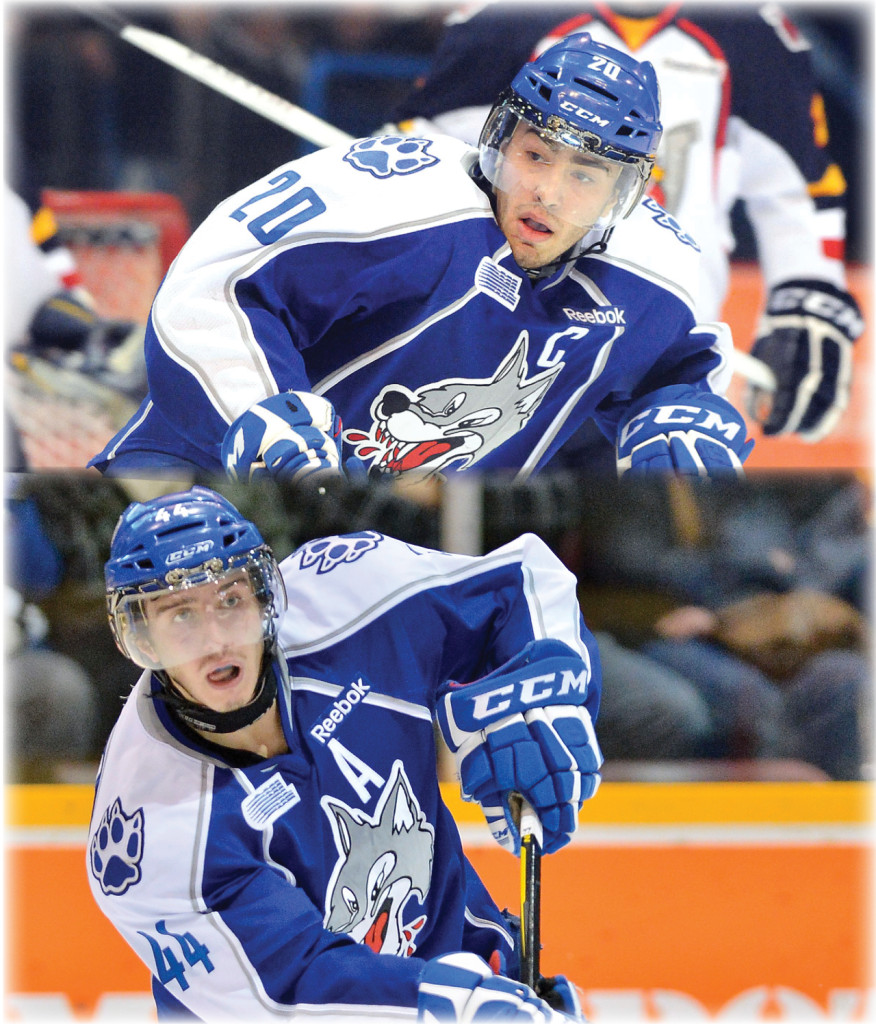 The Sudbury Wolves are pleased to announce that overage graduates and team captains MICHAEL KANTOR and CHARLIE DODERO have signed AMATEUR TRY-OUT AGREEMENTS with the Connecticut Whale of the American Hockey League. The Chicago natives will be coached in Hartford by Whale’s assistant coach and former Wolves’ assistant coach JEFF BEUKEBOOM. The Whale are the American Hockey League affiliate of the New York Rangers.

KANTOR and DODERO were the only two overagers remaining after the trade deadline and the overagers grabbed the reins of the team and led the youthful Wolves to the play-offs and a play-off series win over the Brampton Battalion. KANTOR was named Team Captain in mid-January & DODERO accepted more of a leadership role on the blueline with the departure of FRANK CORRADO and JUSTIN SEFTON.

“The Sudbury Wolves are very proud of Michael and Charlie” notes Wolves’ President / GM Blaine Smith. “They were thrown into challenging leadership positions back in January and there were times when they carried the team on their backs. Their ability to handle the situation as well as they did was recognized by the Rangers scouting staff. We wish them all the best with their professional hockey careers.”

The New York Rangers and the Sudbury Wolves have developed a hockey connection of late with former Wolves’ star defenceman MARC STAAL being drafted by the Rangers back in 2005. Last summer, the Rangers hired Wolves’ assistant coach JEFF BEUKEBOOM. And now, the Rangers have offered pro contracts to the Wolves’ graduates MICHAEL KANTOR and CHARLIE DODERO.