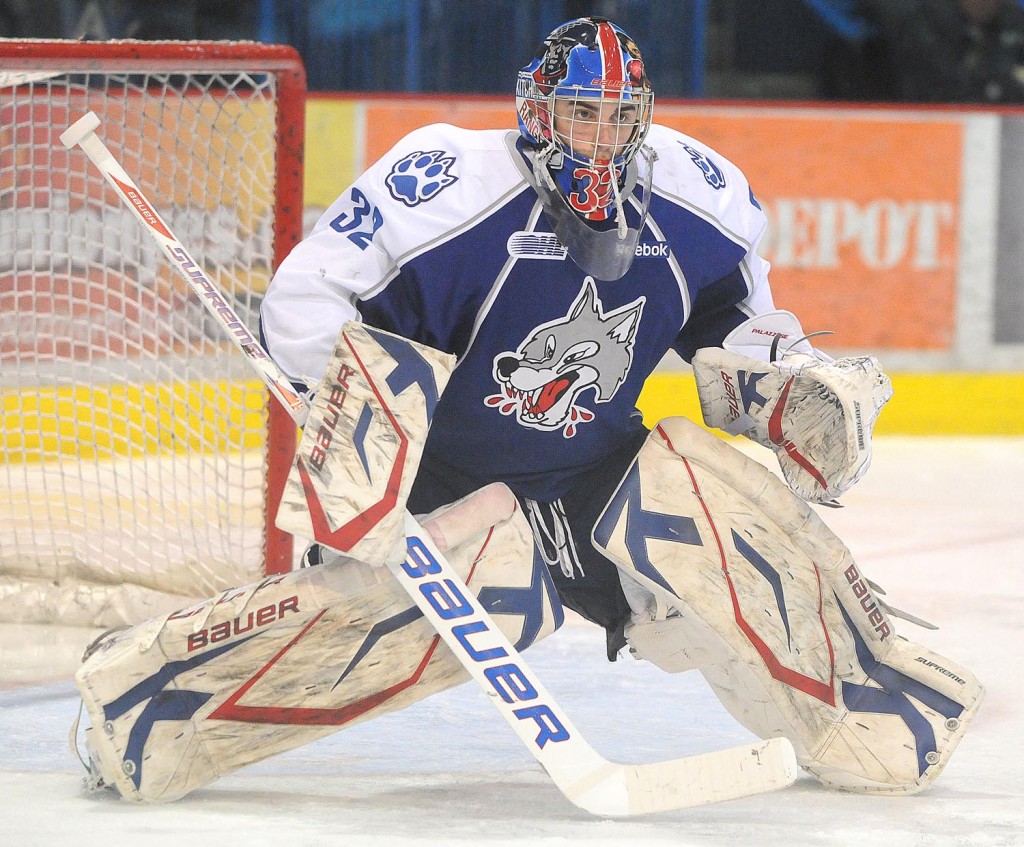 The Sudbury Wolves continued their recent surge in the Central Division on Friday night as they came away with a hard fought 2-0 win over their divisional rivals, the Mississauga Steelheads. Tonight’s victory vaulted the Wolves over the Steelheads in the Central Division standings as they now sit tied for third place with the Brampton Battalion. FRANKY PALAZZESE was outstanding in net in his Wolves debut as he came away with a shutout stopping all 27 shots he faced. With the win the Wolves have now extended their regulation unbeaten streak to eleven games where they have posted an 8-0-2-1 record.

The first period would produce nothing for both squads, as the teams would head to the dressing room tied at zero after one period of play. The Wolves would hold the edge in shots after the first by an 8 to 3 margin.

The game would remain scoreless until the 12:35 mark of the second frame when DOMINIK KUBALIK scored a power play goal off of a beautiful cross crease pass from BRODY SILK to put the home team up by one. NICK BAPTISTE would go on to score the Wolves second power play goal of the period four minutes later after he received a cross ice pass from MATHEW CAMPAGNA on a two on one break. With CAMPAGNA’S point on the play, he extended his league leading point streak to 17 games. The Steelheads would outshoot the Wolves by a 14 to 9 margin in the second frame.

Despite a strong effort in the third period from the Steelheads they could not solve Wolves’ net minder FRANKY PALAZZESE who stopped all 10 shots he faced in the frame to complete the shutout.

The Wolves will be back in action at the Sudbury Arena on Friday, January 18th when the Barrie Colts come to town for a 7:35 contest. The Colts’ offensive attack has been led up front this season by Team Canada stars MARK SCHIEFELE and ANTHONY CAMARA. SCHEIFELE has posted 49 points on the season while his line mate CAMARA has scored 41 points to date.  The game will be sponsored by the HOME DEPOT!