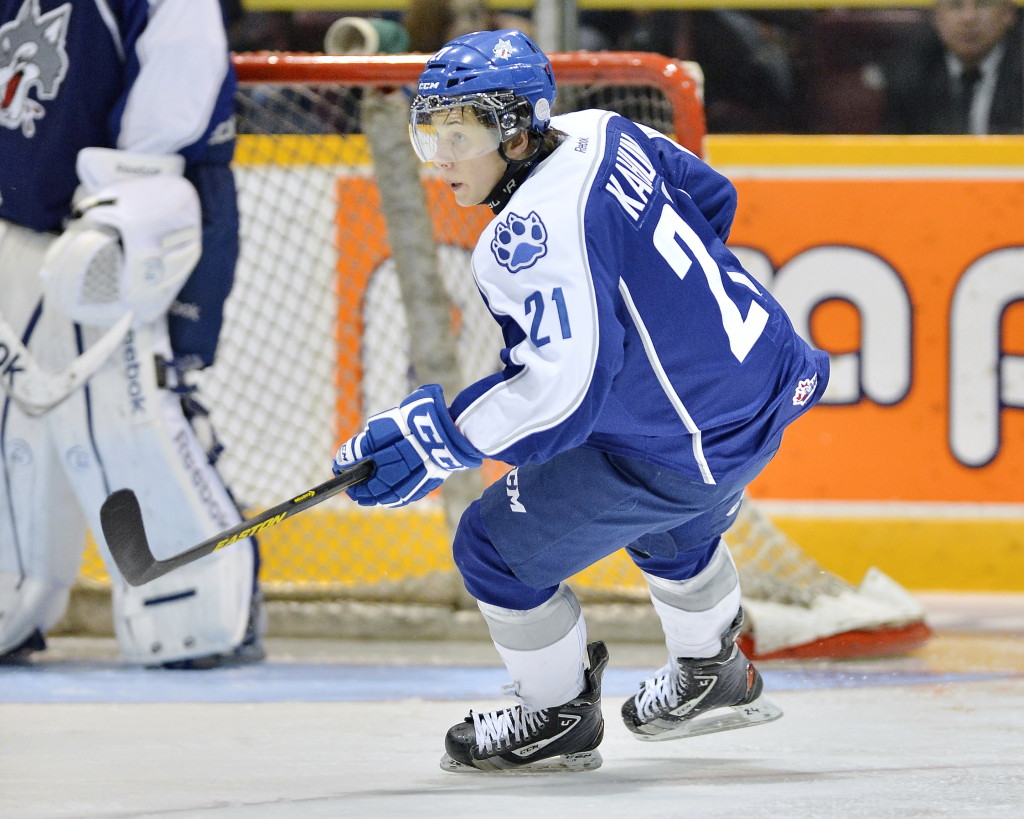 As I was watching the Ontario Hockey League (OHL) first round playoff matchup between the Brampton Battalion and Sudbury Wolves, I found myself amazed by the raw playmaking ability of Sudbury forward Dominik Kahun.

Knowing little about Kahun’s background, I immediately began researching his path to the OHL in an attempt to learn more about the young forward; particularly how such a dynamic player was able to fly almost completely under the radar of most North American hockey fans.

I quickly discovered that the Czech-born, German-National first rocketed onto the scene while playing for Mannheimer ERC of the Schuler-BL (Under-16).

In his rookie campaign with Mannheimer ERC, Kahun produced 69 points in just 24 games played. Over the following two seasons, Kahun went on to shatter several records, led by an astounding 206 points (including 69 goals) over just 30 games during his last season with Mannheimer ERC in 2010-2011.

Building on his stellar performance in the Schuler-BL, Kahun’s career took a big step in 2011-2012 when he was chosen to play for a plethora of elite teams.

First, Kahun suited up for Jungadler Mannheim of the German Development League (U-18). At the time, it was expected Kahun would experience an adjustment period during his first season with Jungadler that would result in a retooling of his game. However, the soft-spoken, center-left wing hybrid proved critics wrong by posting 57 points in 36 games played.

Kahun then went on to play for Germany in the Under-17 World Hockey Championships and Under-18 World Junior Championships.

Playing in international tournaments was pivotal for Kahun’s development because it allowed the young forward to compete against some of the best up-and-coming hockey talent in the world.

After speaking with his agent, Martin Tokos of Hockey Moves International, about where to play next, Tokos and Kahun set their sights on the Ontario Hockey League. Tokos first reached out to Sudbury Wolves Assistant General Manager Ken MacKenzie, who was initially a bit hesitant about drafting a European that young in age (Kahun is just 17-years-old).

“This was the first time that the Sudbury Wolves drafted such ayoung player from Europe,” MacKenzie said. “So we were just hoping that he would make the team and play on the fourth line in his first year.”

Nonetheless, MacKenzie took the chance and drafted the young Czech to Sudbury with the expectations mainly structured around transitioning to the North American style of hockey and living in Canada in particular. Most young adults experience difficulties living away from home as they attend college; Kahun was living in a country he was completely unfamiliar with as a 17-year-old kid.

“Dominik attends school and is working on his English, attaining credits and he has adjusted to living here with his billets,” MacKenzie said. “He enjoys being a role model in the community.”

It’s amazing how quickly Kahun adapted to cultural and playing style differences but even he will tell you, it was a work in progress during the first couple of weeks.

“At first, it was difficult… not difficult, but different,” Kahun said. “It’s always great to try new things and I’m happy I have the opportunity to do that… but I’ve worked hard to make it a pretty easy transition.”

“It was hard to transition at first to the physical style of play of North American hockey…Europe wasn’t like that,” Kahun later added. “But to be honest, it really only took about five games to make the adjustment.”

Kahun opened the season as a bottom six forward, quietly finding his game as an undersized (5’9, 165lbs) playmaking left wing. As Kahun continued to improve, the coaching staff rewarded his resilient work ethic at the World Junior Club Cup in Russia, where Kahun was bumped up into a top six forward role for the Wolves. In a limited six games played, Kahun netted a goal and four points total, including a +/- rating of 5.

“After seeing him play with the team in Russia, the expectations changed and we knew he would be capable of playing on the team’s top two lines,” MacKenzie explained.

Having the faith of Wolves coaching staff, Kahun rocketed through the second half of the season, finishing with 13 goals, 27 assists, and 40 points in 58 games played.

“Dominik has learned to play the systems and is a skilled responsible player in all three zones. He is stronger defensively and he has improved his play without the puck,” MacKenzie remarked about Kahun’s improved play this season.

“I had a good first season, but I need to improve and show everybody that I have a special skillset,” Kahun said. “Before the season started, I wanted to improve every day, whether on the ice or off, and set a goal of 25 points total to achieve on the season.”

Kahun’s resilient work ethic has undoubtedly led to a remarkable transition to North American hockey but his experience playing for Germany in the World Junior Championships can’t be a forgotten factor, either. Even though the Germans were completely outmatched talent wise, Kahun still managed to deliver one goal and four points total in ten international games played.

“Playing for Germany in the WJC was an unbelievable, exciting feeling… I’m just 17-years-old and to play against some of the world’s best, like the Canadian prospects was just incredible… I really hope I have the opportunity to represent my country next year,” Kahun added.

In the playoffs, the Wolves recently got knocked out by the Belleville Bulls in a 4-0 series sweep in the Eastern Conference semi-finals, but Kahun made a great first impression during his first career OHL postseason play. In total, Kahun played in nine postseason games, tallying one goal and six points totals, en route to being elected Sudbury’s Rookie of the Year award-winner.

Now in the offseason, Kahun plans to reflect on all he’s accomplished this season before heading out to begin his rigorous training program in the Czech Republic.

“He must continue to develop his strength in the offseason with a conditioning program and as he matures, becomes stronger… his skating will be faster, his puck handling skills, faceoffs, physicality on the ice all will continue to develop and improve,” MacKenzie said.

As an undersized player at 5’9, Kahun is at a natural disadvantage, but he continues to find new ways to utilize the most of his makeup.

“You usually need size to make it in the NHL, but I’m trying to watch the smaller guys, like Martin St.Louis, to learn from…You don’t need size if you can make your teammates better around you, like St.Louis does,” Kahun stated.

Currently, NHL Scouts view Kahun’s potential as “raw,” making this June’s NHL Draft in New Jersey, all the more interesting for the Kahun camp. The scouts I spoke with all ranged on their views as to where Kahun might end up this summer, with the consensus pointing to a late round selection or undrafted.

As a result, I asked Dominik and Ken MacKenzie about the probability Kahun gets the call from an NHL organization on June 30.

“I feel I’m deserving of getting drafted, but if not, I won’t give up, Kahun stated. “This offseason, I’ll get stronger… I need to put on some weight and build a stronger body core overall… I’m still relatively unknown as a hockey prospect and look forward to showing the scouts what I can do, no matter where I end up.”

“Dominik is hockey smart and has the ability to make plays because he is aware of everything that goes on around him. His hockey sense and confidence make him an asset to his team and he handles the pressure extremely well in key situations for a young player. He has a passion for life and for hockey which makes him coachable and likeable by all who have the pleasure of working with him. He may be small in stature but he plays big on the ice both with heart and physical presence. His hockey smarts will make him a successful player in the future. If I were a general manager in the NHL I would definitely take a flier on Kahun. The game is now developing very specific roles and skill sets. Dominik will be a goal scorer and a smart player who can contribute to the team and game at any level,” MacKenzie emphatically concluded.

One way or another, one thing is for certain; this won’t be the last time the hockey world hears the name, KAHUN. 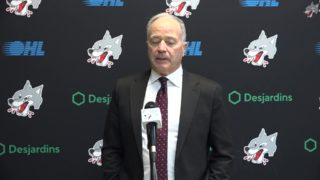 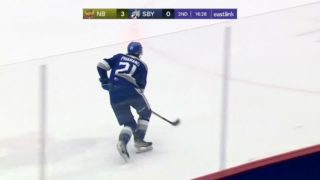 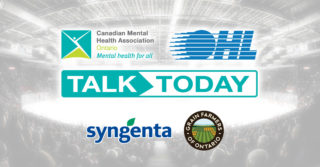 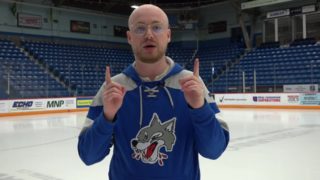 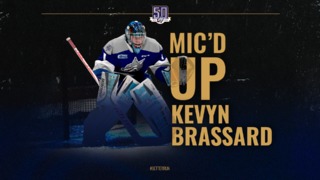