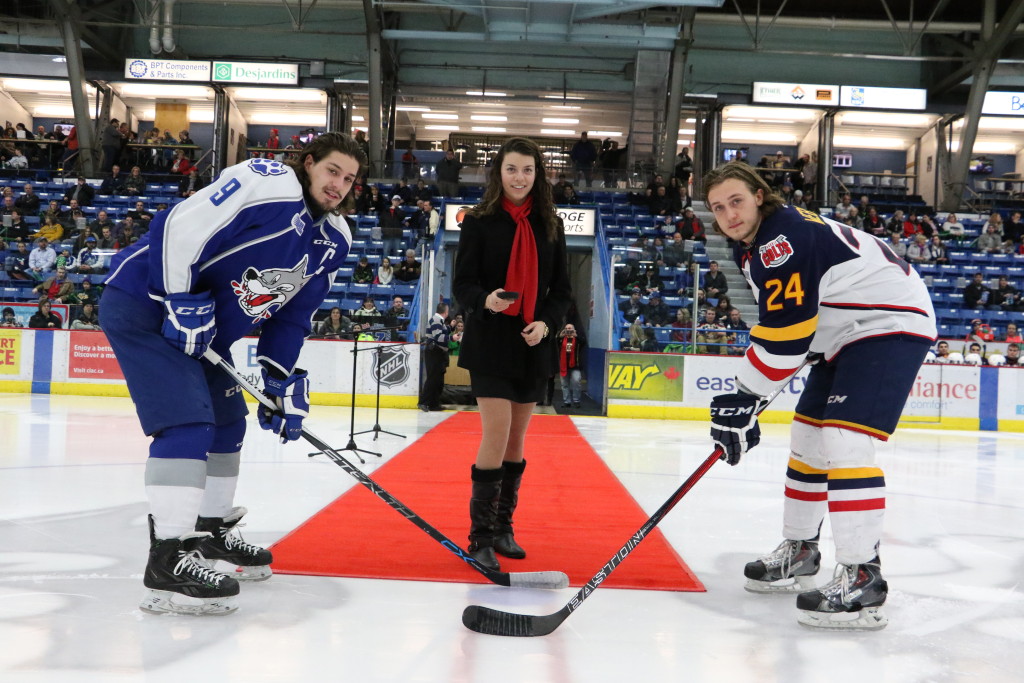 The Sudbury Wolves hosted the Central Division leading Barrie Colts Friday night at the Sudbury Arena. The Wolves were looking to rebound after falling to the Hounds on Wednesday night, however it did not go as planned against the high-flying Colts, dropping the game 7-1.

The Colts got out to a quick start against the Wolves with a short-handed goal by newly acquired DYLAN SADOWY. Minutes later ANDREW MANGIAPANE added their second goal of the night with KEVIN LABANC picking up the assist on the play. MANGIAPANE added another goal on the powerplay half way through the period to extend the Colts lead to 3-0. Before the end of the first period, DYLAN SADOWY added his second of the night to extend their lead to 4-0. Shots were 14-10 in favor of the Colts at the end of the first period.

The second period saw plenty of action as ZACHARY MAGWOOD scored early to extend the Colts lead. Just a minute later, the Wolves bounced back with a powerplay goal from MATT SCHMALZ to put the home team on the board. ZACH WILKIE and RYAN VALENTINI picked up the assists. The Colts took a 6-1 lead after two period of play as KEVIN LABANC scored on a laser shot. ZACK BOWMAN came in halfway through the second period in relief of Timpano, making 7 saves in the frame. Shots on goal at the end of the second period were 27-25 in favour of the Colts.

The third period started well for the Wolves with ZACK BOWMAN made a number of impressive saves to hold the Colts. Penalty trouble was ultimately their demise as DYLAN SADOWY added his third goal of the night on the powerplay to extend the Colts lead to 7-1. Bowman made 18 saves on 19 shots and was solid in net after relieving Timpano. Barrie’s DAVID OVSJANNIKOV was strong in net for the Colts, making 34 saves on 35 shots to earn his 6th win of the season. The newly acquired DYLAN SADOWY had a hat-trick and an assist for Barrie, earning the first star of the night.

The Wolves will look to bounce back when they host the Guelph Storm this Sunday January 24th for the only time this year. Sunday’s game is sponsored by HOME DEPOT who will be on hand with many giveaways including HOME DEPOT toques. Visit the RYOBI TOOLS display in the lower lobby for your chance to win a great prize from RYOBI. Don’t miss the RYOBI TOOLS LEAF BLOWER FOAM PUCK CHALLENGE in the first intermission! The Wolves will also pay tribute to former Wolf JACOB HARRIS for his 4 and a half years of commitment and dedication to the Wolves organization. Sunday is also family day! Kids 12 and under accompanied by an adult will receive admission for only $7.00. Game time is 2:00pm.

There are great seats still available for Sunday’s game. To purchase tickets, visit the Sudbury Arena Box Office or visit greatersudbury.ca/tickets. The Box Office will open at 11am on Sunday.