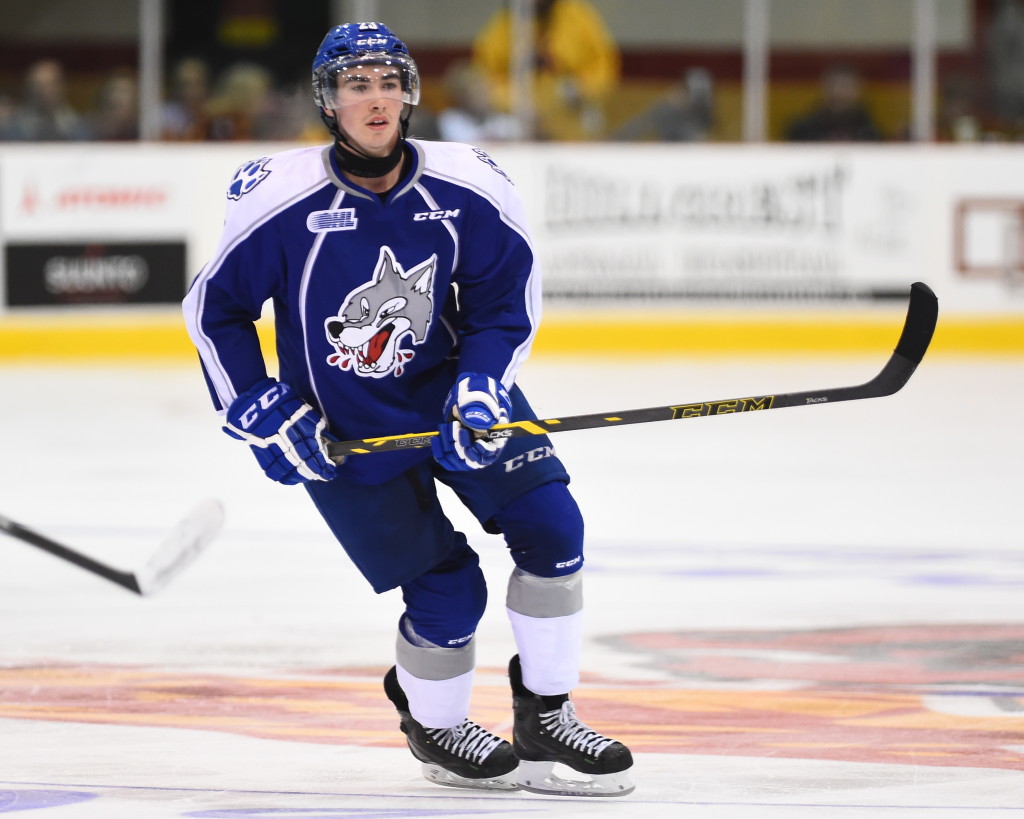 The Sudbury Wolves were at home Friday night to host the Niagara IceDogs for the final time this season. The high-flying IceDogs got out to a quick start against the Wolves and never looked back as the Wolves fell 6-1 to the visitors.

The first period saw the IceDogs come out swinging with three goals in the first 4 minutes. AARON HAYDON struck first before BRENDAN PERLINI added the IceDogs second goal for his 17th of the year. Merely 20 seconds later, GRAHAM KNOTT made it 3-0 for the visitors. The Wolves didn’t give up as KYLE CAPOBIANCO scored for the home team to cut the deficit to 3-1. MICHAEL PEZZETTA and MACAULEY CARSON drew assists on the goal. The IceDogs outshot the Wolves 13-12 in the opening period.

The second frame saw much of the same as Niagara extended their lead with a tally from TYLER BOSTON. Sudbury and Niagara traded 6 penalties in the second period as the game took a physical turn. The IceDogs continued to build on their lead as former Sudbury Wolf PAVEL JENYS put one past Wolves’ goaltender TROY TIMPANO the end of the third period to extend the IceDogs lead to 5-1. Shots on goal were 22-20 in favor of the IceDogs at the end of the second.

The third period did not include the comeback the Wolves had hoped for. STEPHEN HARPER scored his first goal as a member of the IceDogs to extend their lead to 6-1. IceDogs goaltender STEPHEN DILLON was strong in net all game long, making 12 saves in the third period alone to solidify the win. Neither team could capitalize on their power play opportunities through-out the game, both going 0-5. Final shots on goal were 32-31 in favour of the Wolves. VINCE DUNN, BRENDAN PERLINI and GRAHAM KNOTT each recorded 2 points for the IceDogs.

The Wolves will look to rebound on Sunday as they hit the road to visit their Northern Rivals, the North Bay Battalion at 2:00pm. Fans can follow the Wolves on the road by tuning into the live play-by-play with Stew Kernan on KFM 95.5 or watch on EastlinkTV.