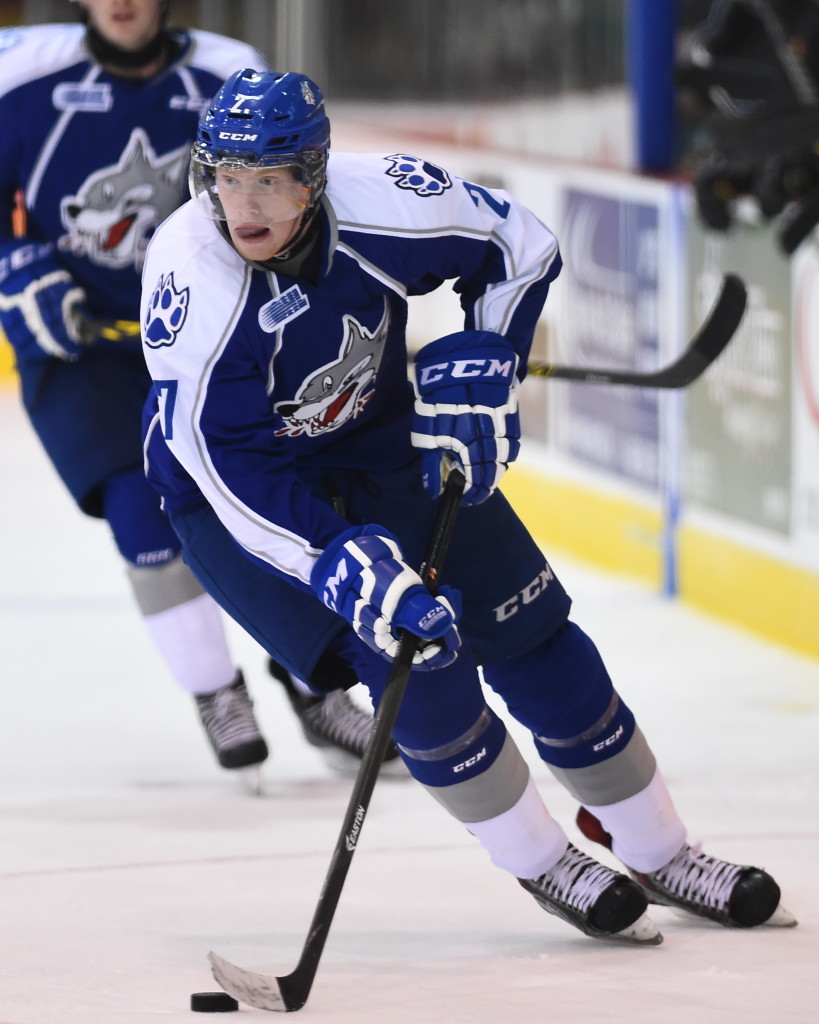 The Sudbury Wolves were looking to get back in the win column on Sunday afternoon as they paid a visit to their Northern rivals, the North Bay Battalion. Despite a hard fought battle by the Wolves, the Battalion managed to come out on top with a final score of 4-2.

North Bay came to play early as they scored just 52 seconds into the game with a goal by DANIIL VERTIY. The Battalion weren’t done there as they added a goal at the 13:51 mark to extend their lead to 2-0. MAURIZIO COLELLA scored the Battalion’s second. Despite being down by 2 goals, the Wolves clawed back late in the period with MATT SCHMALZ redirecting a KYLE CAPOBIANCO slap shot. REAGAN O’GRADY also added an assist on the goal. The Wolves weren’t done quite yet as DMITRY SOKOLOV scored his 17th goal of the year with 35 seconds left in the period to even the game up at 2-2. MIKKEL AAGAARD picked up an assist on Sokolov’s goal. Shots at the end of the first period were 14-10 in favor of the Battalion.

TROY TIMPANO stopped 38 of 41 shots for the Wolves, while JAKE SMITH made 22 of 24 saves for the Battalion on route to his 20th win of the season.

The Wolves will now begin a three game road trip that will take them across the border. The trip begins when they travel to Windsor on Thursday, February 4th at 7:05 pm. The Wolves will play three games in three days as they travel to Flint on Friday, February 5th at 7:30 pm, before wrapping up the weekend on Saturday as they travel to Saginaw to take on the Spirit at 7:05 pm. You can follow the Wolves on the road by tuning into the live play-by-play with Stew Kernan on KFM 95.5. Friday’s game can also be viewed on Eastlink TV.