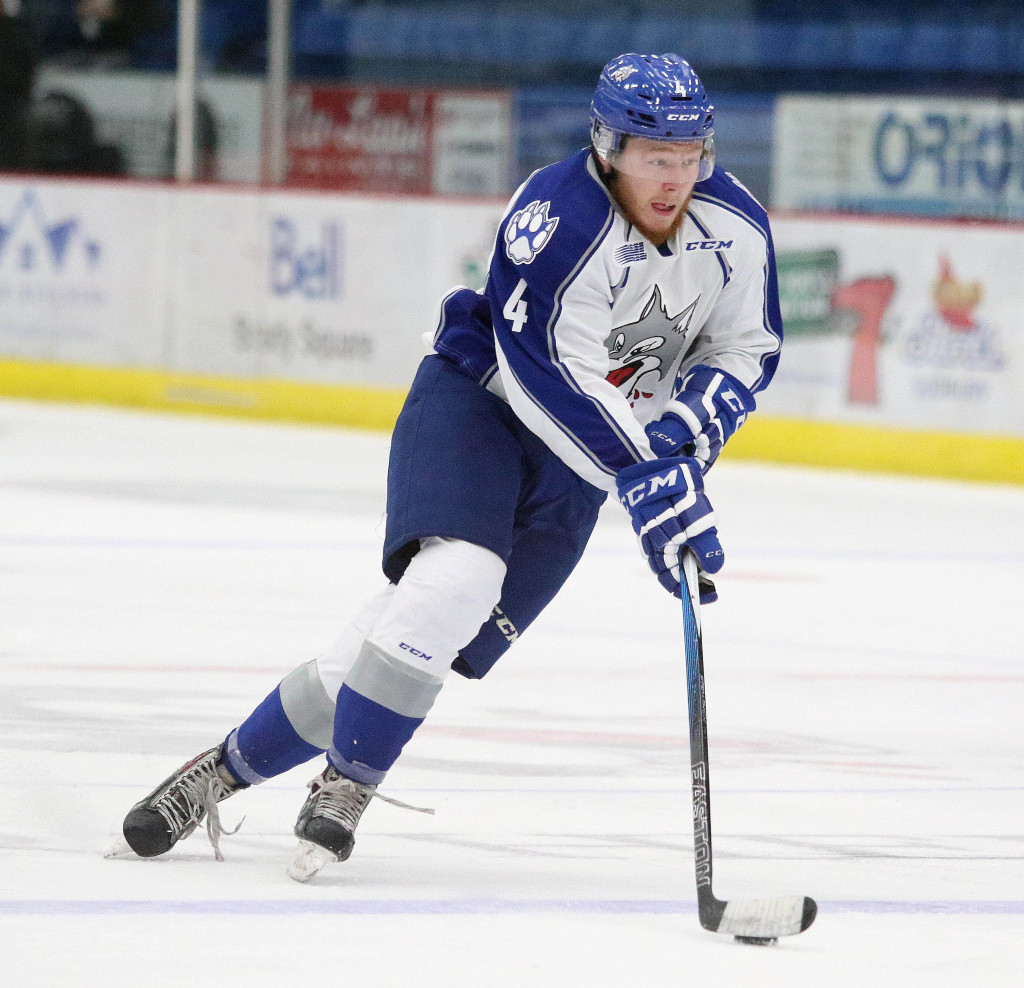 The Sudbury Wolves were in Saginaw Saturday night looking to make it two in a row following Friday night’s victory over the Flint Firebirds. The Wolves were able to take a 3-0 lead by the half way mark of the game and never looked back, doubling the Spirit 6-3.

The Wolves got on the board first with a goal from MIKKEL AAGAARD just 6 minutes into the game. Goaltender TROY TIMPANO was tested early, making 11 saves in the opening period. Shots on goal were 11-8 in favor of the Spirit after the first.

The Wolves continued to apply pressure in the early stages of the second period, as DAVID LEVIN scored only a minute into the period with assists from PATRICK MURPHY and JARETT MEYER to make it 2-0 in favour of the Wolves. MATT SCHMALZ scored his 9th goal of the season with just over 5 minutes in the period remaining to take a 3-0 lead. The Spirit showed some life with less than 3 minutes to go in the frame as TYE FELHABER scored on the powerplay to cut the Wolves’ lead to 3-1. The Wolves weren’t done as PATRICK MURPHY added a goal for his second point of the game. Shots on goal in the second period were 14-12 in favor of the Spirit.

Saginaw did not go down without a fight as HAYDEN HODGSON scored early in the third period to cut the Wolves lead in half. However, it didn’t long for the Wolves to extend their lead to 5-2 as minutes later KYLE CAPOBIANCO put one past the Spirit goaltender. Saginaw cut the lead to two goals once again with a goal by KRIS BENNETT. With the score 5-3, the Spirit decided to pull the goalie with less than three minutes remaining which allowed DANNY DESROCHERS to pot the empty net goal for his second point of the game.

There was no shortage of offense for the Wolves who had at least 12 players with a point on the night and 6 players with 2 points. TROY TIMPANO had a great outing in net making 38 saves on 41 shots for the win. PATRICK MURPHY was awarded the first star of the game for his superior play while MATT SCHMALZ took second star honours.

The Wolves will now return home for a double-header weekend as they host the Saginaw Spirit on Friday night at 7:00pm for St. Louis Superhero Night in support of Northern Ontario Families of Children with Cancer. The Wolves will hit the ice once again on Saturday for the annual Vale Sudbury Saturday Night game when they host the Sault Ste. Marie Greyhounds at 7:00pm. Tickets are on sale now for both games by visiting the Sudbury Arena Box Office, calling 705-671-3000 or online at greatersudbury.ca/tickets!