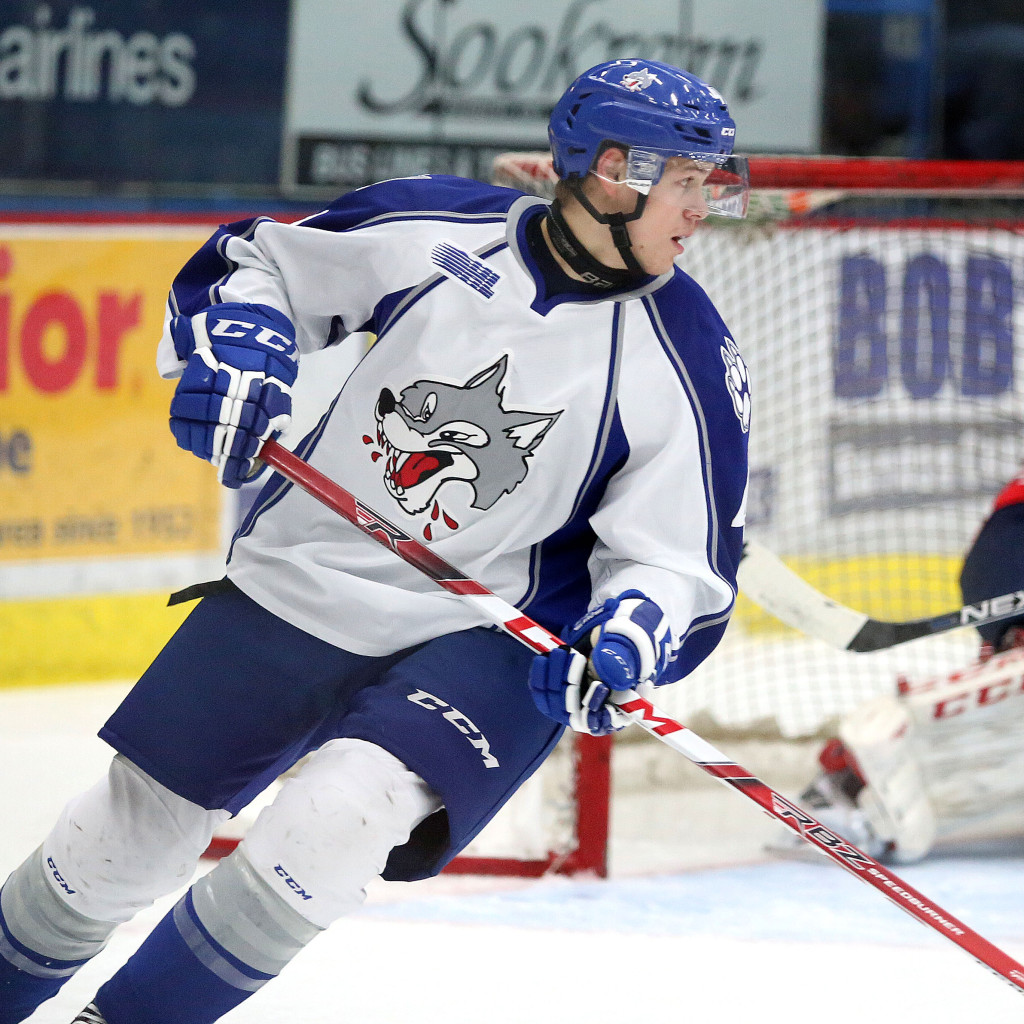 The Sudbury Wolves took to the road Sunday afternoon to face-off against the North Bay Battalion. This was the Wolves first trip of the season down Highway 17 to face their Northern rivals. The Wolves were coming off a successful four-game homestand in which they won 3 out of 4 games, which included a 3-2 win over the Battalion. Despite the Wolves scoring first in this contest, they fell to the North Bay Battalion by a final score of 5-3.

The first period saw the Wolves get out to a quick start with a goal from MACAULEY CARSON. MATT SCHMALZ and REAGAN O’GRADY picked up the assists on the play. ZACK BOWMAN made 10 saves in a relatively quiet first period which saw the Wolves outshot 10-7 by the Battalion.

The third period saw an outbreak of goal scoring by both teams. ZACH POIRIER received a checking to the head penalty early in the period, which they used to their advantage as MIKE AMADIO added a short-handed goal for his second goal of the game. STEVE HARLAND helped increase North Bay’s lead by notching one to make it 4-1 in favor of the Battalion. The Wolves weren’t done just yet as PATRICK MURPHY added a goal to inch closer as the Battalion. The Battalion fought back 4 minutes later with a goal from BRETT MCKENZIE to widen their lead once again. The Wolves were still not done as MIKKEL AAGAARD scored his 14th goal of the year to bring the Wolves back within two goals. Despite a strong late effort by the Wolves, penalty trouble late in the third period would ultimately be their demise as the Battalion closed out the game with a 5-3 victory. ZACK BOWMAN made 25 saves in the loss. Final shots were 30-23 in favor of the Battalion.

The Wolves are back in action Wednesday as they travel to Sault Ste. Marie to battle the Greyhounds at 7:07pm. Fans can follow the Wolves on the road by tuning into the live play-by-play on KFM 95.5 with Stew Kernan.