Wolves Fall to the Rival Greyhounds 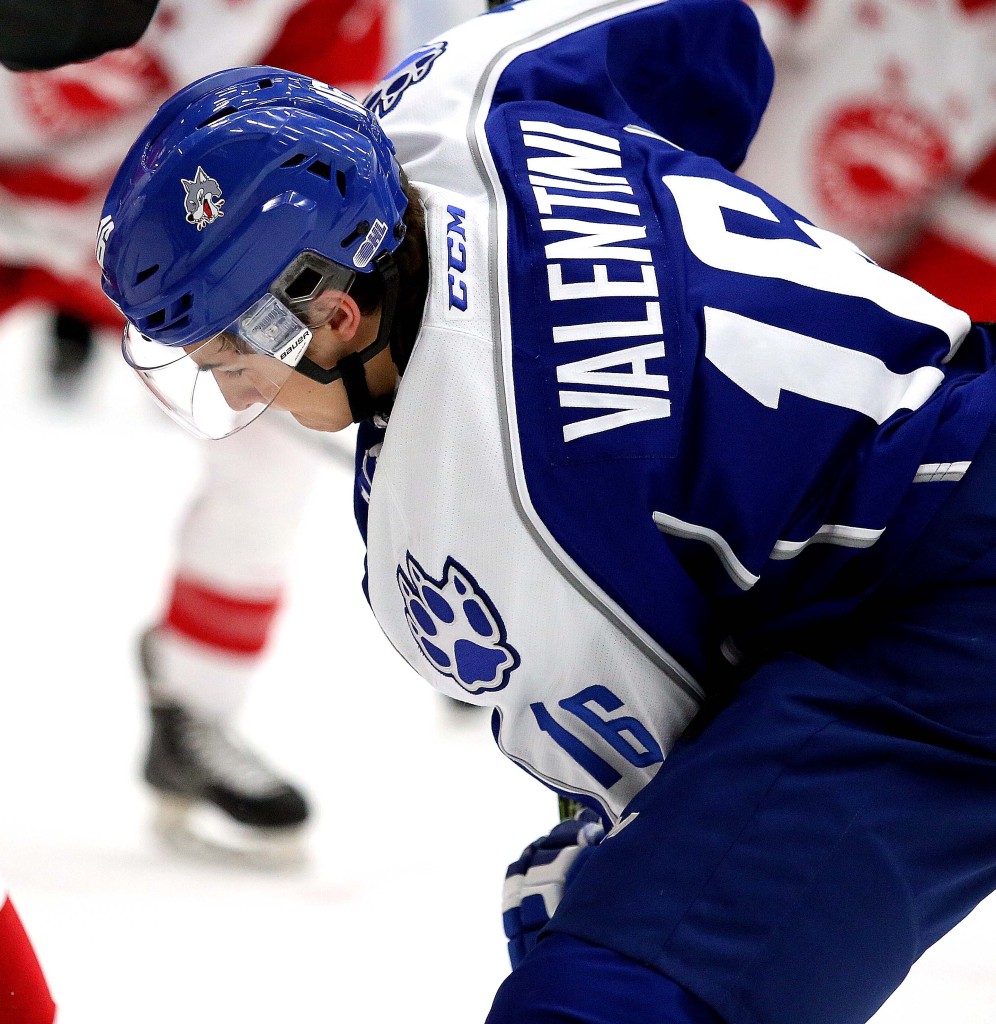 The previous two meetings between the teams saw the Wolves get out to an early lead, however this time the Greyhounds struck first. JACK KOPACKA scored to put the Hounds on the board just over two minutes into the first period. Four minutes later PATRICK MURPHY evened the score with his ninth goal of the season. DAVID LEVIN assisted on the play and set up Murphy for the goal. The Hounds added two more goals in the first period with contributions from COLTON WHITE and TIM GETTINGER to take a 3-1 lead into the dressing room after 20 minutes.

In the second period, RYAN VALENTINI continued his impressive play of late with a goal midway through the frame to cut the Greyhounds lead to 3-2. MATT SCHMALZ assisted on the goal. ZACH SENYSHYN quickly added another goal for the Hound to extend their lead to 4-2. The Wolves would begin to get into penalty trouble late in the frame as GUSTAV BOURAMMAN added a powerplay goal to end the second period. Shots in the second were even at 13-13 and 30-26 overall for the Hounds.

Special teams would end up hurting the Wolves in the third period as the Greyhounds added 4 goals on 6 powerplay attempts. The Wolves dropped this one by a final score of 9-2. BRANDON HALVERSON made 35 of 37 saves while the Wolves ZACK BOWMAN made 35 stops on 44 shots.

There are great seats still available for both games. To purchase tickets, visit the Sudbury Arena Box Office, call 705-671-3000 or visit greatersudbury.ca/tickets