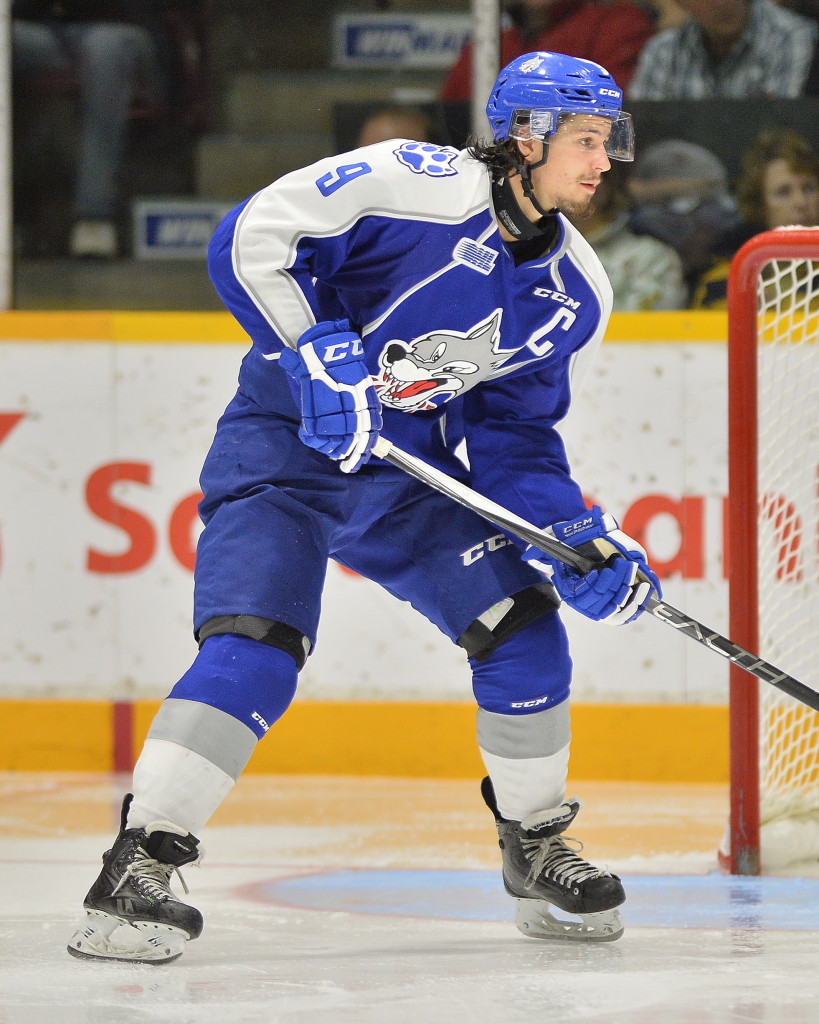 The Sudbury Wolves were in Windsor Thursday evening to visit the Spitfires for the only time this season. The Wolves were able to keep the game close until the Spitfires broke out in the third period with 4 goals to take the game by a 6-1 final.

The Spitfires struck first halfway through the opening frame as CHRISTIAN FISCHER potted his 23rd goal of the season. This would be the only goal in the period. Wolves trailed shots on goal 15 – 2 after the first.

The second period saw the Spitfires come out firing on all cylinders once again when MIKHAIL SERGACHEV potted his 14th goal of the season. Just a minute later, first year forward MACAULEY CARSON dropped the gloves with Windsor’s LUKE BOKA, which proved to ignite some energy for the Wolves as DANNY DESROCHERS scored his 13th goal of the season with a beautiful feed from JARETT MEYER. The Wolves trailed the Spitfires 2-1 as they headed into the third period.

The Wolves began the third period with penalty trouble that would prove costly. CHRISTIAN FISCHER scored his 2nd goal of the night on the powerplay to extend the Spitfires lead to 3-1. Just two minutes later, the Spitfires struck again with a goal by BRENDAN LEMIEUX. Windsor added two more goals in the third period including one on the powerplay to take the game by a final score of 6-1. TROY TIMPANO was tested early and often as he made 34 of 40 saves. The Wolves went 0 for 2 on the power play while Windsor capitalized on 2 of 5 opportunities.

The Wolves will look to rebound tonight when they continue their southern road swing with a stop in Flint to battle the Firebirds. Wolves’ fans can follow the team on the road by tuning into the live play-by-play with Stew Kernan on KFM 95.5. This game can also be watched on EastlinkTV.