Wolves Take Bite Out of IceDogs! 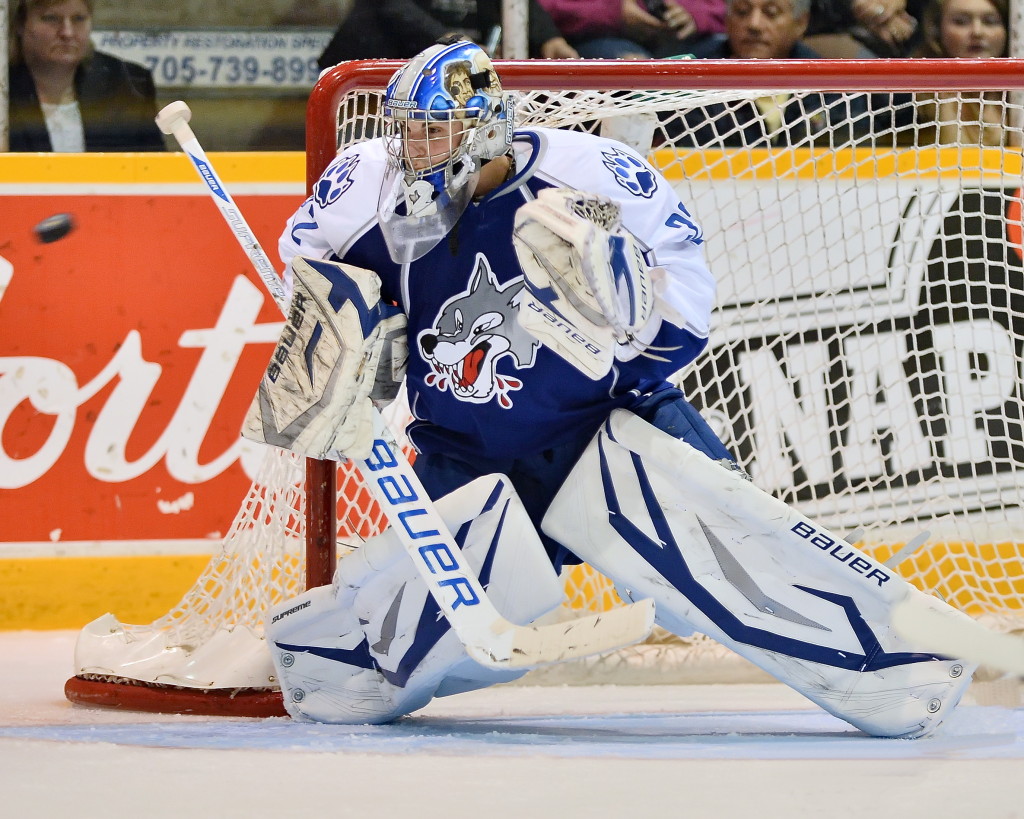 CRAIG DUININCK led the way for the Wolves with three assists and a +4 rating.  The recent acquired overage defenceman was stellar on the blueline for the Wolves by blocking shots and clearing the front of the Wolves’ crease.  DUININCK, now has recorded 6 points in his first four games since joining the Wolves.

NICK BAPTISTE also had 1 goal and 2 assists to lead the Wolves’ forwards. BAPTISTE scored his 18th goal of the season to open the scoring for the Wolves on the power play.   The Ottawa native now has 33 points on the season.  Linemates MATHEW CAMPAGNA and NATHAN PANCEL had two points each with Pancel scoring his 22nd goal of the season.

Scoring for the Wolves were JACOB HARRIS with his 3rd, STEPHAN LEBLANC with his 3rd and CONNOR CRISP with his 8th.  MATT SCHMALZ scored his first goal of the season as the 6’6″ right-winger finally broke his scoring jinx with a solid two-way effort.

FRANKY PALAZZESE had a shut-out going until IceDogs captain JESSE GRAHAM scored with less than 3 minutes remaining.  PALAZZESE has now recorded 9 wins on the season and is playing consistently well.  The Mississauga native looked especially sharp on this day with quick reflexes and good rebound control.

The Wolves led 2-0 after one period and 6-0 after two periods.  The Wolves were 1 for 2 with the man advantage while the Wolves killed-off all four man advantages enjoyed by the IceDogs.

The Wolves were without the services of forwards DOMINIK KUBALIK and BRODY SILK and were also missing defencemen KEVIN RAINE, JEFF CORBETT and EVAN deHAAN, due to injuries.  The Wolves played with four 16 year olds in their line-up including DAVID ZEPPIERI, KYLE CAPOBIANCO, AUSTIN CLAPHAM and back-up goaltender TROY TIMPANO.

The game also marked the return of 17 year old rookie defenceman DAVID ECCLES to the Wolves’ line-up.  The big 6’4″ defenceman was playing in his sixth game of the season for the Wolves and the Ancaster native played in front of a number of family and friends from the Niagara region.

The Wolves will now rest-up for the trek to Erie tomorrow where they will face a much tougher test against CONNOR MCDAVID and the ERIE OTTERS.  The Otters are coming-off of a 4-1 loss to the hands of the London Knights on Friday night in London.