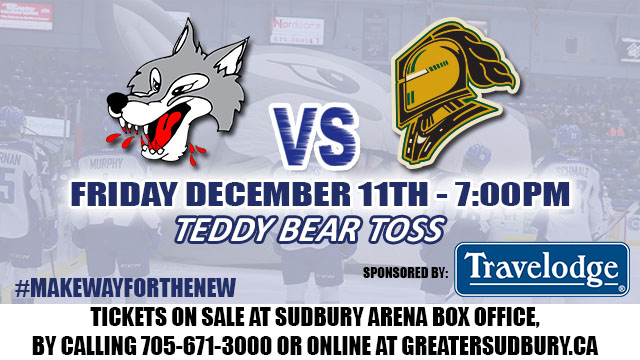 The Sudbury Wolves play their final home game prior to the Christmas break this Friday, December 11th, against the London Knights. This will be London’s only trip to the Nickel City this season. The newest member of the Sudbury Wolves RYAN VALENTINI will get to face his former teammates as he makes his Wolves’ debut. Game time is 7:00pm.

The London Knights currently have 44 points on the season, more than any other Eastern Conference team, however this places them in just 3rd place in the tough Midwest Division. The Knights are led by a trio of talented forwards, MITCHELL MARNER, CHRISTIAN DVORAK, and MATTHEW TKACHUK. Marner and Dvorak are tied for the league scoring lead with 58 points, and Tkachuk is not far behind with 53 points, however, these players will be away at their respective World Junior Selection Camps. The Knights will still be left with plenty of firepower, as veteran forwards JJ PICCINICH and AARON BERISHA are 4th and 5th in team scoring with 33 and 28 points respectively. In goal, the Knights are backstopped by TYLER PARSONS, who features the 4th best goals against average at 2.46 and 6th best save percentage with a 0.916 mark.

Friday’s game is the Wolves Annual Teddy Bear Toss and fans are encouraged to bring a stuffed toy to the game to toss on the ice when the Wolves score their first goal of the game. The stuffed toys will be collected and donated to the TD Toy Bank who will distribute them to local charites. The Travelodge Hotel Sudbury will also be on hand with many giveaways throughout the game including Lucky Row, Lucky Fan, and T-Shirt toss prizes.

Tickets are available at the Sudbury Community Arena Box Office, by calling (705)-671-3000 or online at greatersudbury.ca/tickets!

Following Friday Night, the Wolves will hit the road for two games to wrap up the weekend. On Saturday, December 12th they will stop in Owen Sound to battle the Attack at 7:30PM before travelling to Guelph on Sunday, December 13th to take on the Storm at 2:00PM. Wolves’ fans can follow all of the action on the road by tuning into the live play-by-play with Stew Kernan on 95.5 KFM. 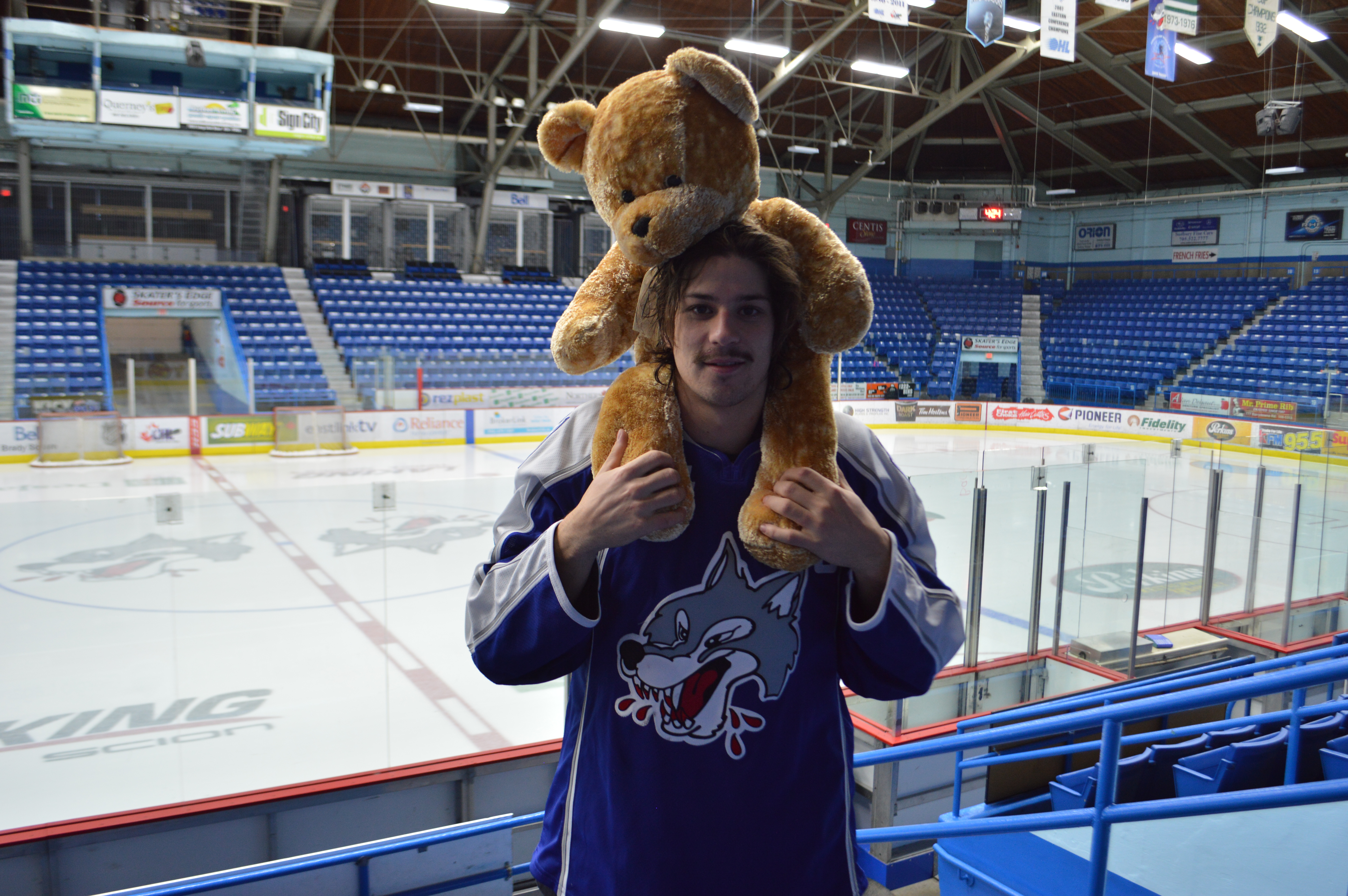