Wolves Rebound Against the Spitfires 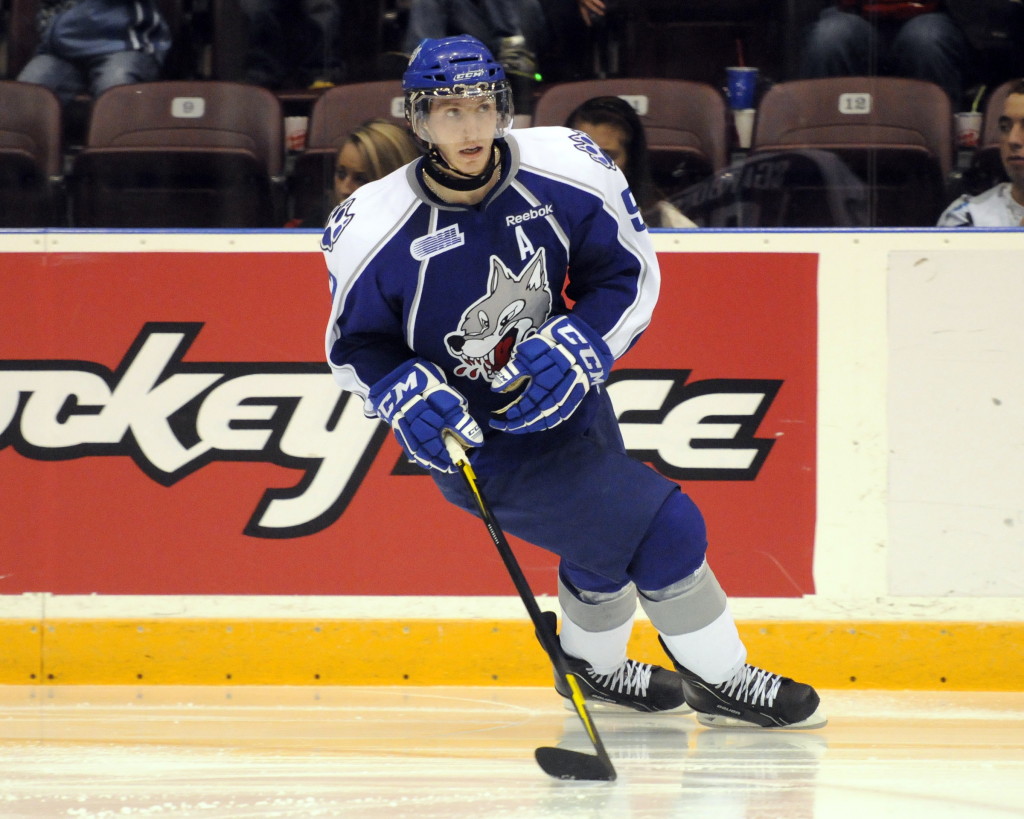 After the disappointing loss against the London Knights on Friday, the Sudbury Wolves rebounded nicely with a strong effort on Sunday afternoon as they defeated the Windsor Spitfires by a final score of 7 – 2.

The visiting Spitfires jumped out to the 1 – 0 lead at 17:02 of the first period with a powerplay goal by Chris Marchese.  The Wolves responded just 44 seconds later when JOSH LEIVO (MICHAEL SGARBOSSA, ANDREY KUCHIN) scored his 17th goal of the season.

With the game tied 1 – 1 in the second period, the Wolves scored two goals just 36 seconds apart early in the middle frame to take the 3 – 1 lead.  SGARBOSSA (KUCHIN, LEIVO) scored his 23rd of the season, followed by a goal from MICHAEL MCDONALD (DEREK SCHOENMAKERS).  The Spitfires pulled within one midway through the period on a goal by Ben Johnson, however, BRODY SILK (SGARBOSSA, FRANK CORRADO) restored the two goal lead just under a minute later with a powerplay marker.

The third period was all Sudbury Wolves.   Newcomer CHAD THIBODEAU (NICK BAPTISTE, JUSTIN SEFTON) scored his first goal of the season, follwed by goals from KUCHIN (LEIVO, CORRADO) and rookie NATHAN PANCEL (JUSTIN SEFTON, CODY MINTZ) to give the Wolves the 7 – 2 win.

Netminder JOHAN MATTSSON was in goal for his first game back since returning with the gold medal from the World Junior Hockey Championships, and had a solid outing making 23 saves.  The Spitfires tandem of Jaroslav Pavelka and John Cullen faced 42 shots and made 35 saves for the loss.

The Pack will have the less than a week to prepare for a big weekend against conference opponents.  The weekend will kick off on Friday with a home game against the Niagara Ice Dogs.  Game time is 7:35pm.  The team will then head out on the road for stops in Belleville on Saturday, and Oshawa on Sunday.